To encourage greater parent engagement and in line with the school’s promotion of healthy living, all respondents to the parent questionnaire were entered into a prize draw to win a free place at one of the after-school clubs run by Premier Sport in the Autumn term 2016; one child from KS1 and one from KS2. The school received the most number of completed parent questionnaires to date.

It is clear from the results that parents are very loyal to the school whilst their children make good progress and form strong friendship bonds across all year groups. The views of parents and children are represented across every year group, with half of parents having been at the school for over 3 years.

Children report that they enjoy collective worship and parents comment on how the teaching of our school values is reflected back in the behaviour and development of their children outside of school. It is important to the majority of parents that their children attend the local school, which further demonstrates the importance of our role in servicing the local community. 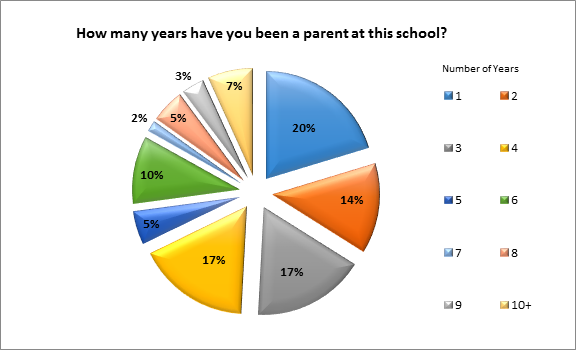 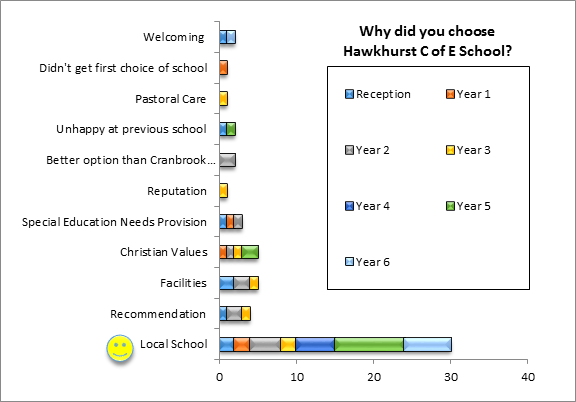 54% of parents chose Hawkhurst C of E School because it is the local school. 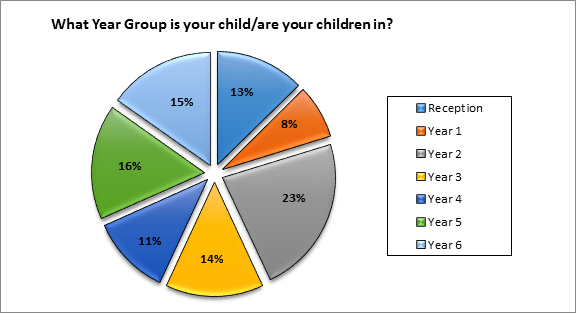 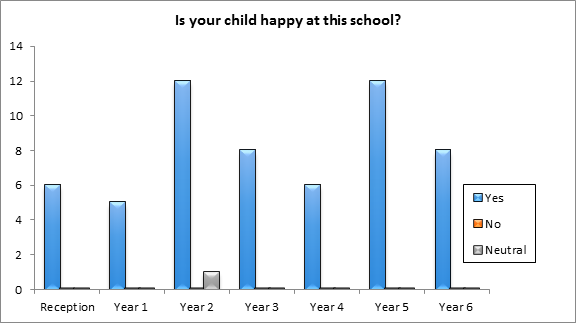 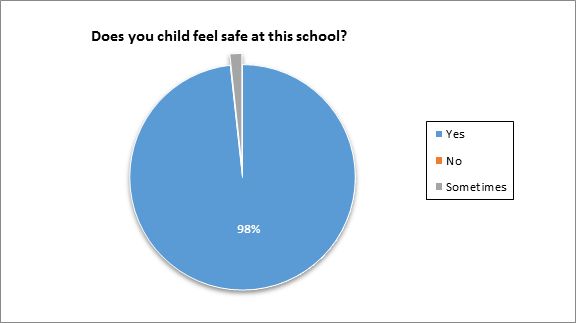 An overwhelming percentage of pupils feel that the school is a safe place for them to learn. 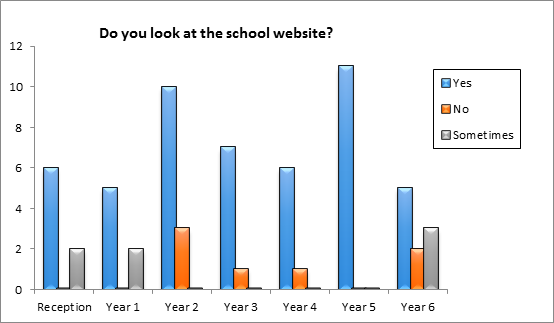 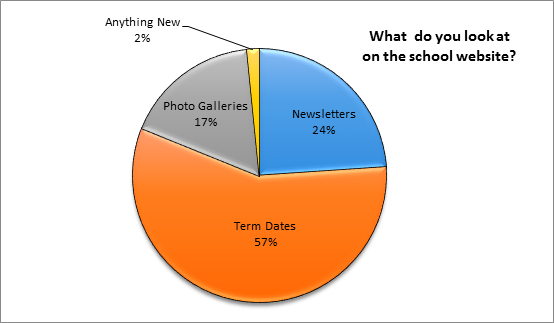 The website is used primarily for confirmation of term dates with the majority using it as a regular source of information.

20% of parents look for their children’s work on the website and greater parent engagement could be generated by adding more examples of Year group work throughout the academic year. This will be considered for the redesign of the school website in 2017. 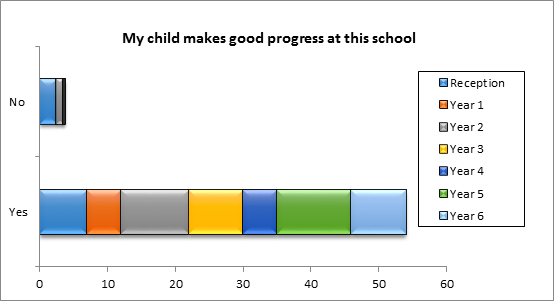 98% of respondents are satisfied with the progress their child is making at school.

Two parents said that although they agreed with the above statement, they felt their child could benefit from greater challenge. 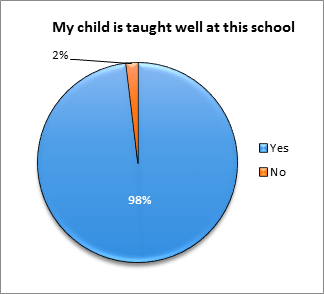 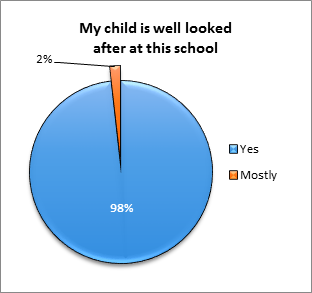 Almost all parents are confident that their children are well cared for at school and are happy with the quality of teaching in their child’s class. 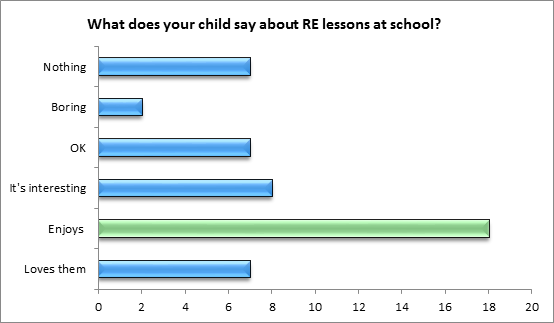 Over half of parents report that their child either ‘loves’ or ‘enjoys’ their RE lessons at school. 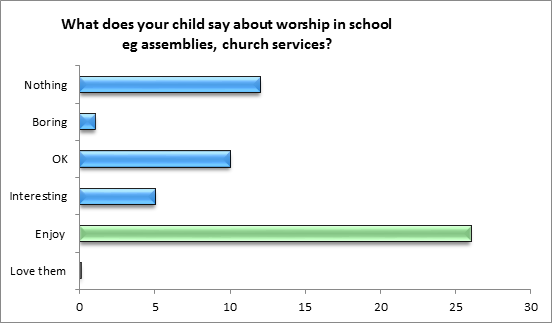 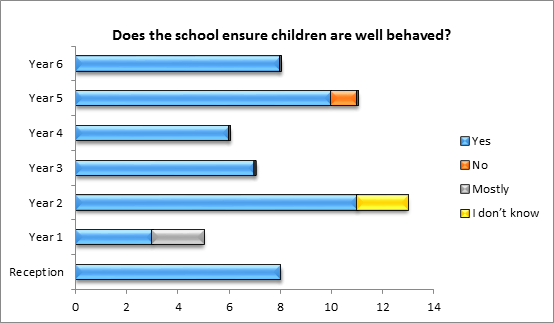 Parents who answered ‘Mostly’ to this question commented that poor behaviour in class negatively impacts their own child’s learning. 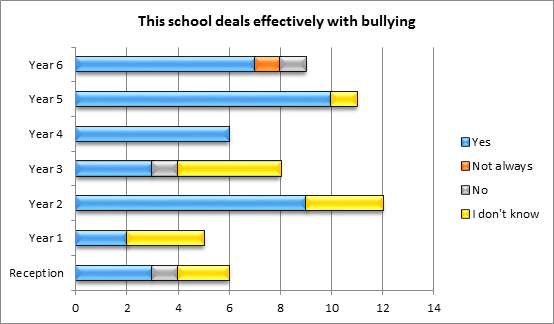 23% of parents said that as their child had not experienced any kind of bullying, they could not comment on how the school handles such incidents. 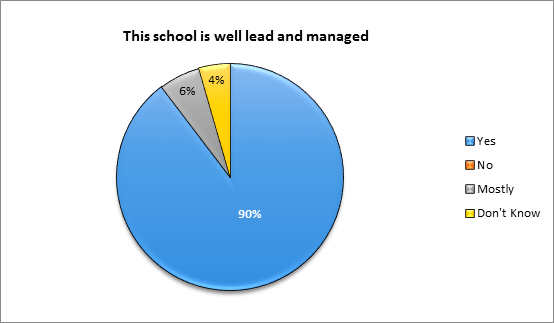 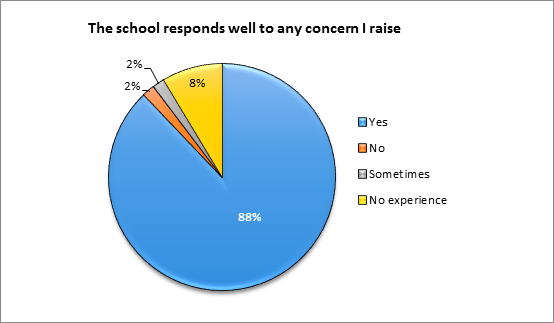 The majority of parents are satisfied with how the school is run with 96% either agreeing that their concerns are listened to and managed effectively or that they have never needed to raise an issue with teachers. 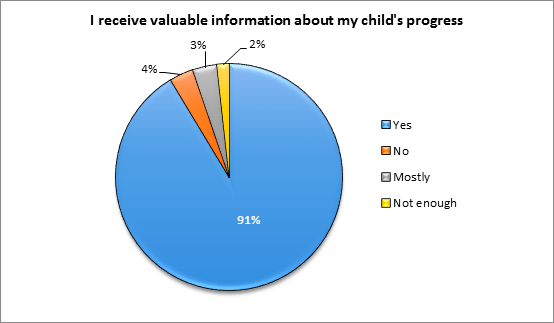 9% of parents feel that they would benefit from more information on how their child is progressing at school. 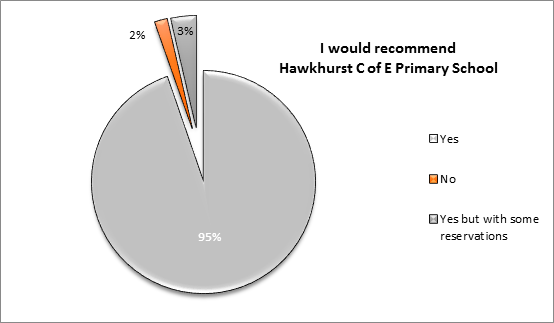 Parents are extremely loyal to the school and are happy to talk to new prospective parents about their positive experiences. 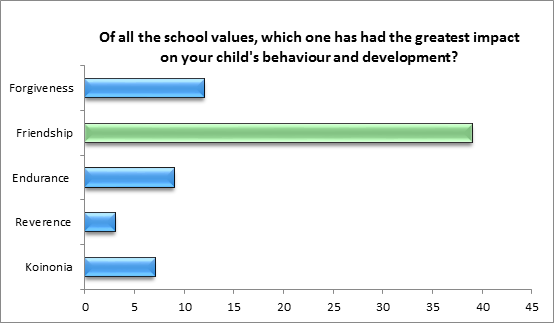 Some parents felt their child had directly benefited from more than one of our five values taught in school however, over half said that the school’s teaching of the value of ‘Friendship’ had the greatest impact on their child’s behaviour and development in and outside of the classroom.

Unfortunately not the ones with chocolate chips.

Some cookies are necessary in order to make this website function correctly. These are set by default and whilst you can block or delete them by changing your browser settings, some functionality such as being able to log in to the website will not work if you do this. The necessary cookies set on this website are as follows:

Cookies that are not necessary to make the website work, but which enable additional functionality, can also be set. By default these cookies are disabled, but you can choose to enable them below: